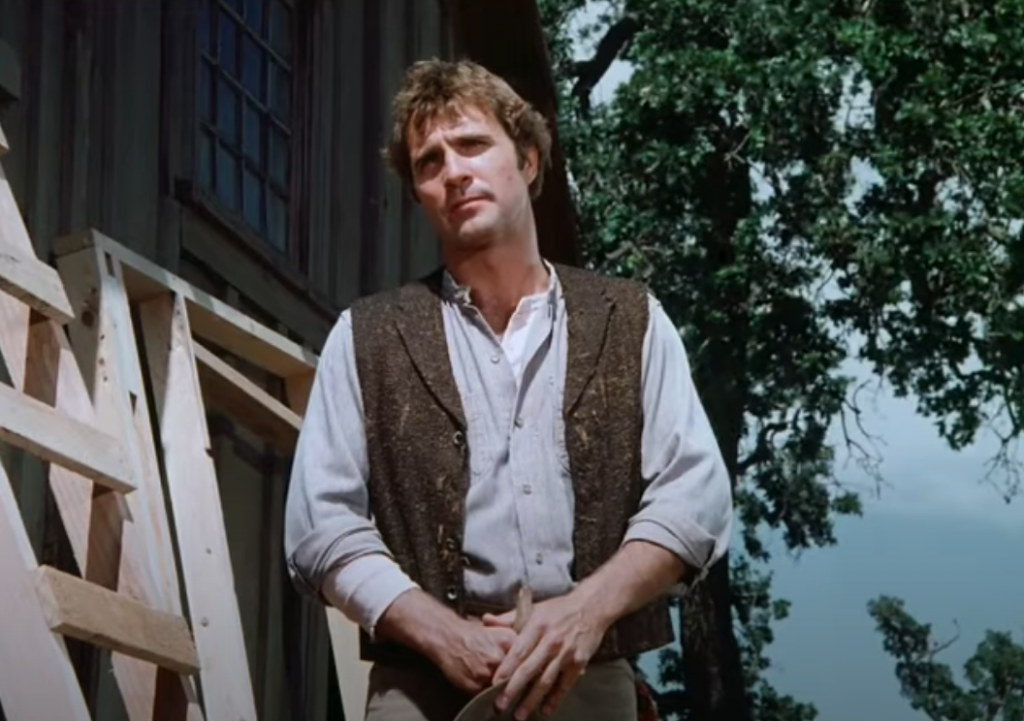 During the episode The Handyman, an attractive man Chris Nelson stays in the Ingalls’ barn and sets off the gossip in Walnut Grove as Charles is out of town working for Mr. Hanson.  Even Mary is suspicious of Chris’ intentions after she witnesses him grabbing Caroline, although in actuality, Chris was only saving Caroline from falling into the water.

But who portrayed Chris Nelson the handyman?

He was played by Gil Gerard, who would become best known for his role as Captain William “Buck” Rogers in the Buck Rogers television show during the late 70s and early 80s.  His role as Buck Rogers, as well as his previous role on the daytime soap opera The Doctors, would elevate his status as one of the best-looking actors at the time.